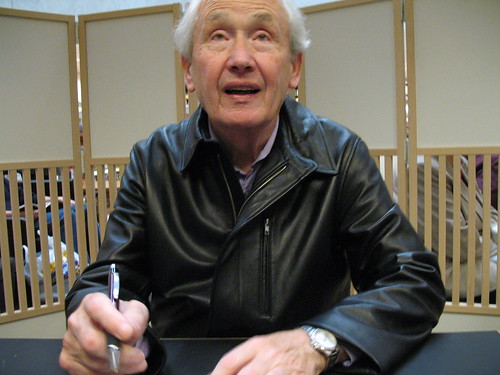 Sadly, 2009 sees the passing of another Pulitzer Prize-winning author. Frank McCourt, the Irish-American teacher who shot to world-wide fame as the author of Angela’s Ashes, a biographical account of the extreme poverty and brutal living conditions of his childhood in Limerick, Ireland during the Depression, died on 19 July aged 78.

The memoir was adapted for the big screen in a feature film Angela’s Ashes in 1999, directed by Alan Parker and starring Emily Watson and Robert Carlyle.